An Augmented Artist
In recent times we have been seeing an influx of AI based art created from real life datasets like photographs and paintings. In such works, a machine learns and gets inspired from human works of art and creates something similar. But the true essence of creativity lies in not just repeating or simulating part or whole of an inspiration, but also being able to create surprises, new connections and something unique (non repeatable). This is why it is arguably said that machines cannot replace human creativity. An original artwork maybe inspired, but the human adds a unique value which makes it original.
Last month, a friend and I worked on an idea of an AI artist living in the clouds, creating poetry and art from everyday life. We named her Auria. She was able to create art inspired from the world. But there was a certain uniqueness or a surprise missing in her work. The fact that generated-art can be repeated has always been a void for me to fill (my bets are on the field of emergence). That got me thinking- if an AI artist can get inspired from the human world, can a human artist get inspiration from AI?
Let me explain by first telling you how inspiration works for me.
I have been practicing meditation for some time and digging into the root of a thought – how does a thought arise? Although I am not successful enough to be an enlightened master, I have had certain insights. For one, a thought comes as a feeling (for a lack of a better word). Now this feeling is very raw and interpretable. Based on our experiences, we will have an immediate insight from this “thought predecessor” or we could further interpret it to get different meanings. For eg. Imagine you had the “feeling” of an oblong white humming sound. (Yes shapes, colors and sounds together). You could immediately associate it to an aeroplane’s wings if you just had taken a flight, or on further interpretation you could associate it with a walkway in the factory you are working at. These “thought predecessors” are usually images, sounds, touch sensations or any other sensory sensations. How we interpret and which sensation we give priority to, is what turns out to become a thought. The thought then becomes action and so on and so forth. Largely, when we dream, we see a series of these thought predecessors and we interpret and associate in our own ways. Since the interpretations are based on our experiences, we feel that dreams are relatable. In fact interpretation (or wrapping your head around) is largely how we go about life and learning, generally.
Coming back to our initial thought, what is an Augmented Artist? An Augmented Artist is one who gets his inspiration from Artificial Intelligence. Rather, AI augments the human artist.
(Let’s put all that debate over “Will AI replace human creativity?” at rest and think about how AI could augment human creativity.)​​​​​​​
I did an experiment to try such Augmented artistry :
Becoming an Augmented Artist
Auria produces art from a generated poem and paints it based on her “mood”. Some of her works are below: 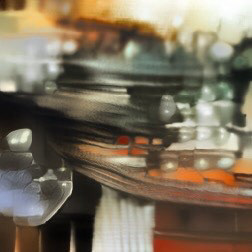 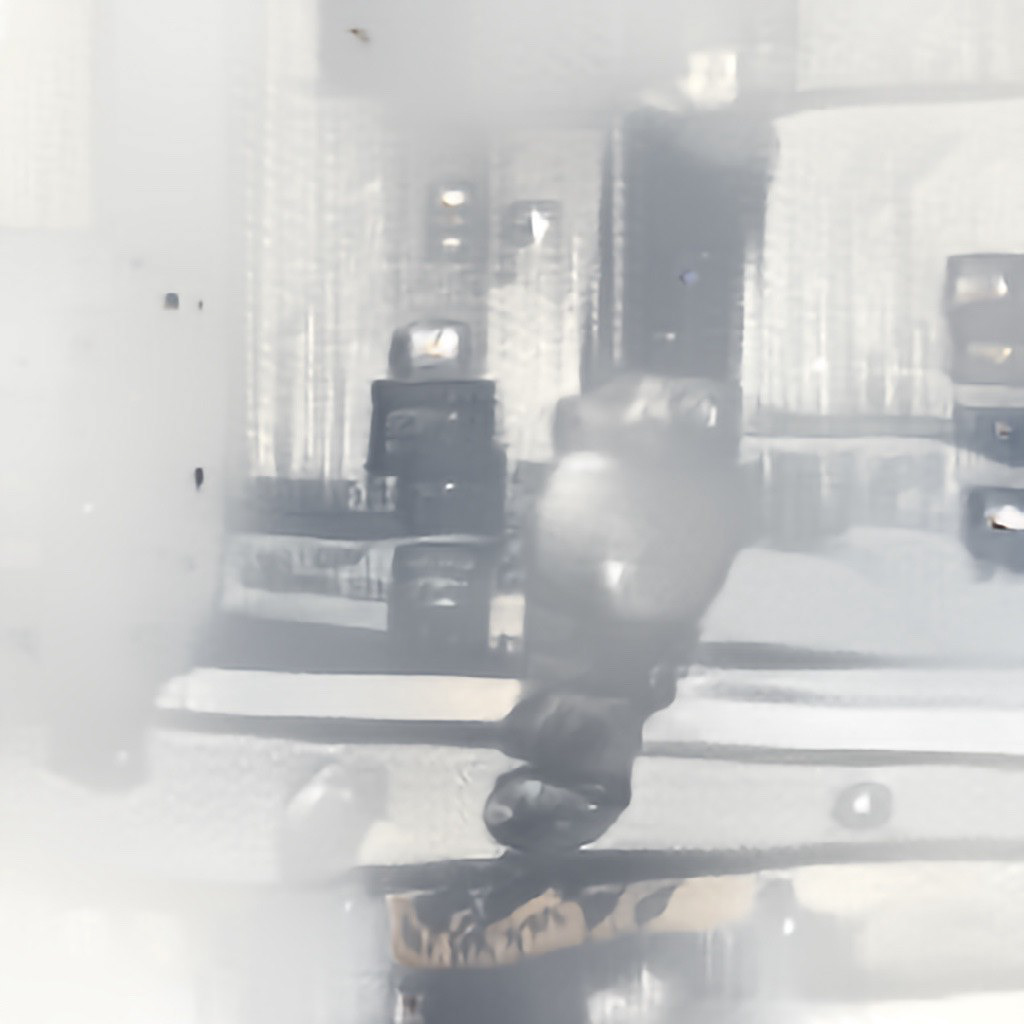 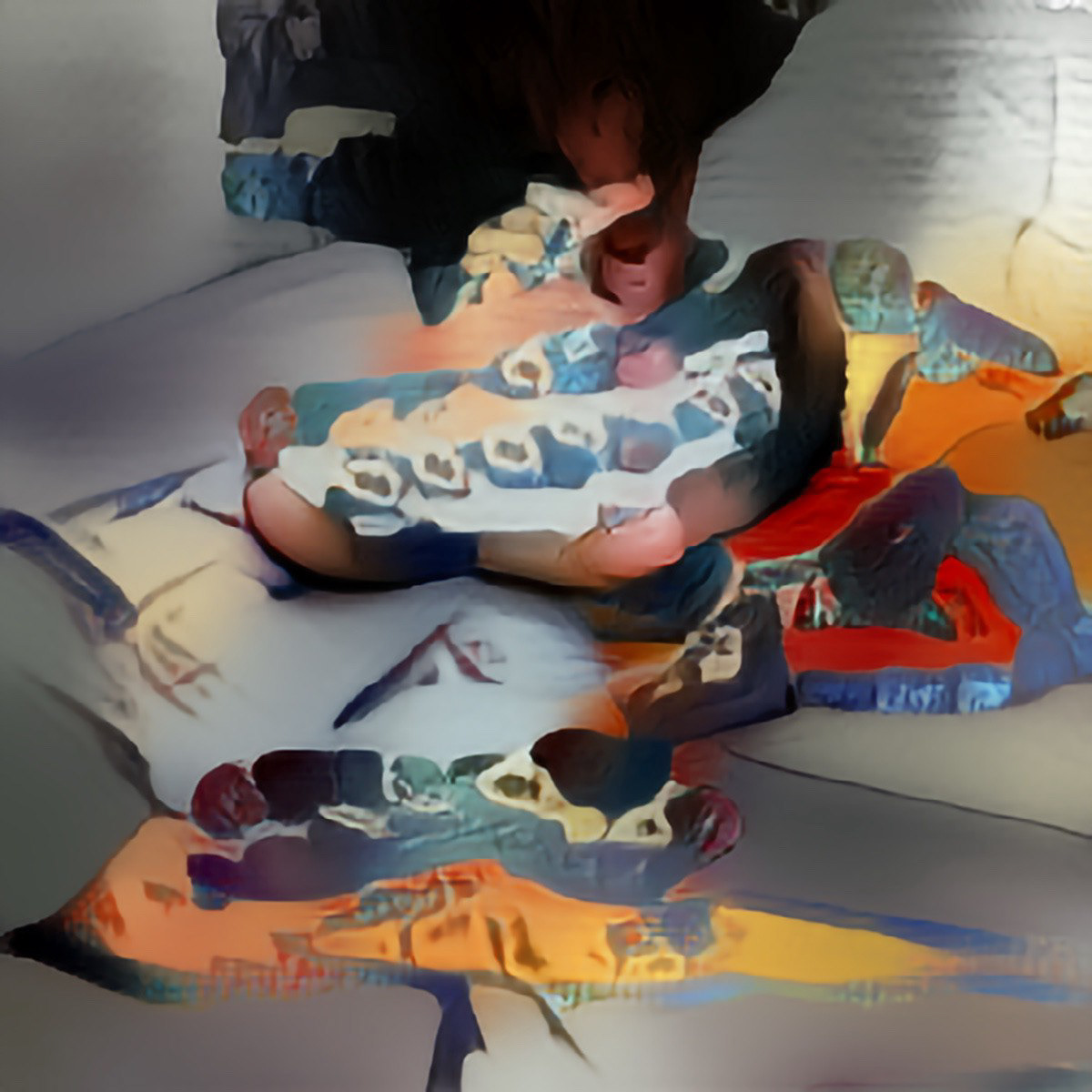 As you can see, her works are abstract, yet you feel there are relations you can derive from it. For example, if you ask the question “What does this look like?” you could find images forming in your mind of objects you know. I decided to build on these relations. I used Auria’s artworks as the “thought predecessor” for my art. I started interpreting her work and added my own creativity to it. I chose a medium to express this and it was acrylic on paper. Let me show you what was the process for the same:
I selected one of Auria’s poems and the corresponding artwork:
AI Poem:
Holy shit.
Nope! You’re just trying to play
at the side, and that’s something
you can find your life.
I have a feeling
too, but I wasn’t going
to do it all year.
AI Art:

I started by reimagining the poetry by using it as a thought predecessor. I used the words and phrases from Auria’s poem. The relations and images that formed in my mind were used to create a different poem with a concept rooted on these relations and images:
Augmented Poem:
Holy shit!
You thought you were playing at the side
But something life is like today
Is really just a feeling I have inside
And it’s not going to be in coming days…
This poem I feel is about how a pretty picture of the world is painted inside us. The shock when we realize that the picture of the world is entirely different and alarming makes us think how we were always very shallow in our outlook. For eg. The impermanence of a stable climate due to human development is something we see everyday, yet we cover our peripherals with both hands and paint a picture inside ourselves about development, breakthrough technologies, better standards of living and longer life.
Now this concept came to me inspired from Aurias poetry. The corresponding art which Auria created inspired me to create the imagery below:
​​​​​​​
Augmented Art:

This again shows a utopian world in a possibly cubist setup, where architecture is viewed close to nature. We know that there is a graying reality in the background but still we try to hide our imperfections by the sole method of ignoring them rather than rectifying them. This image of “happiness” is built in our minds and we ignore the fact that the very thing that we thought we were close to (here the greenery) is starting to show it’s unruly dark side.
As you can see, a beautiful expression of a concept from my own personal experience was triggered by AI art. How we derive this art from AI is how this artwork becomes an original. As you might have observed, it’s not just a concept that AI has helped me come up with, but the shapes, the color palettes and even the style. I see tremendous power in how AI could be used for inspiration into art and for creating new artstyles. Such AI art could augment and reinforce the process of creation by humans. Different modes of expression could be derived from an AI based inspiration.
Finally, just to whet your appetite, following are some more of these Augmented artworks that I made (Auria’s on left and mine on right):
Empathy 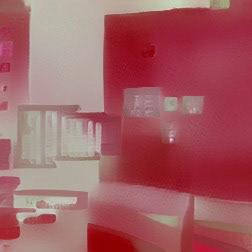 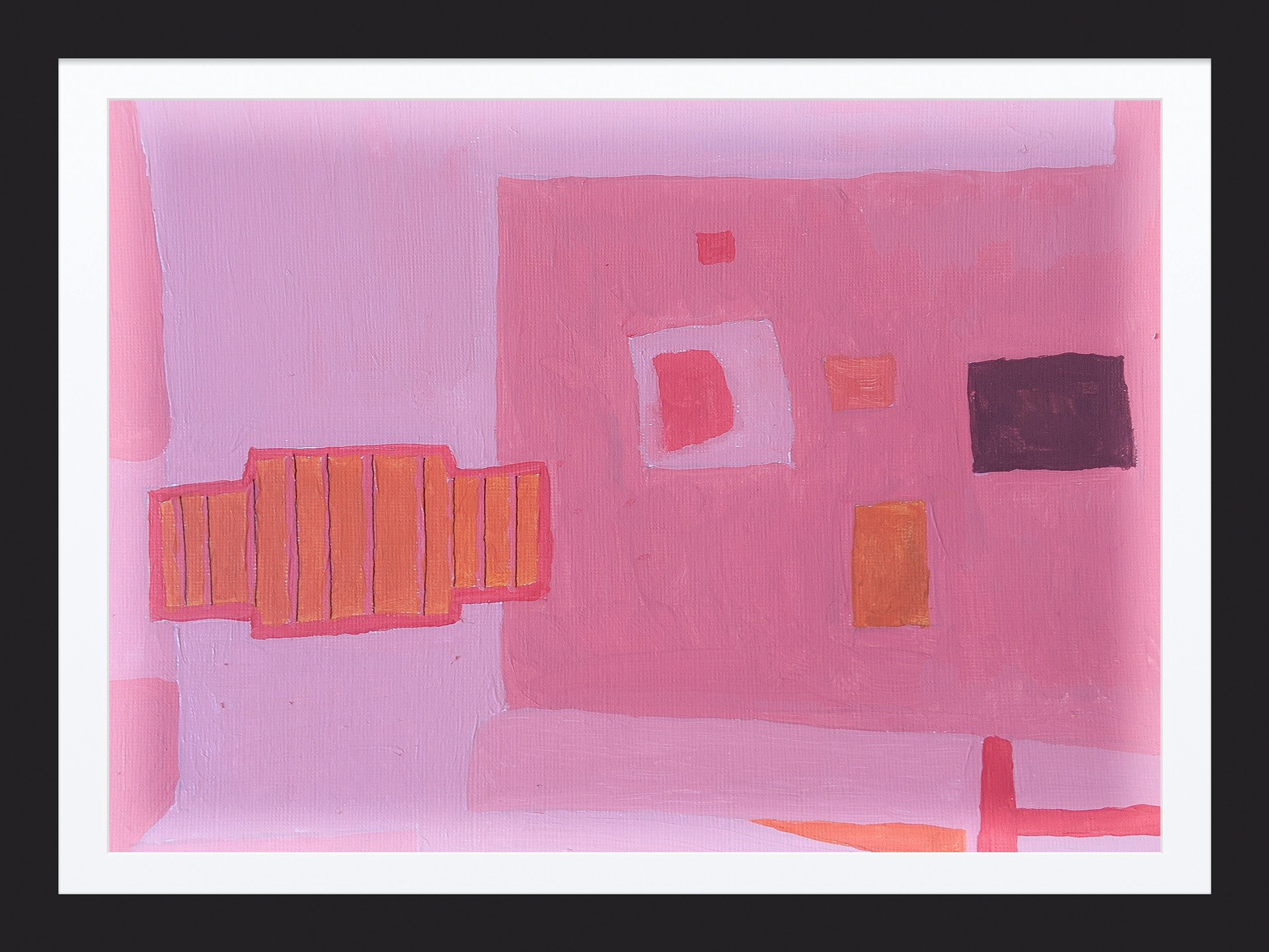 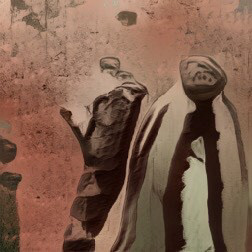 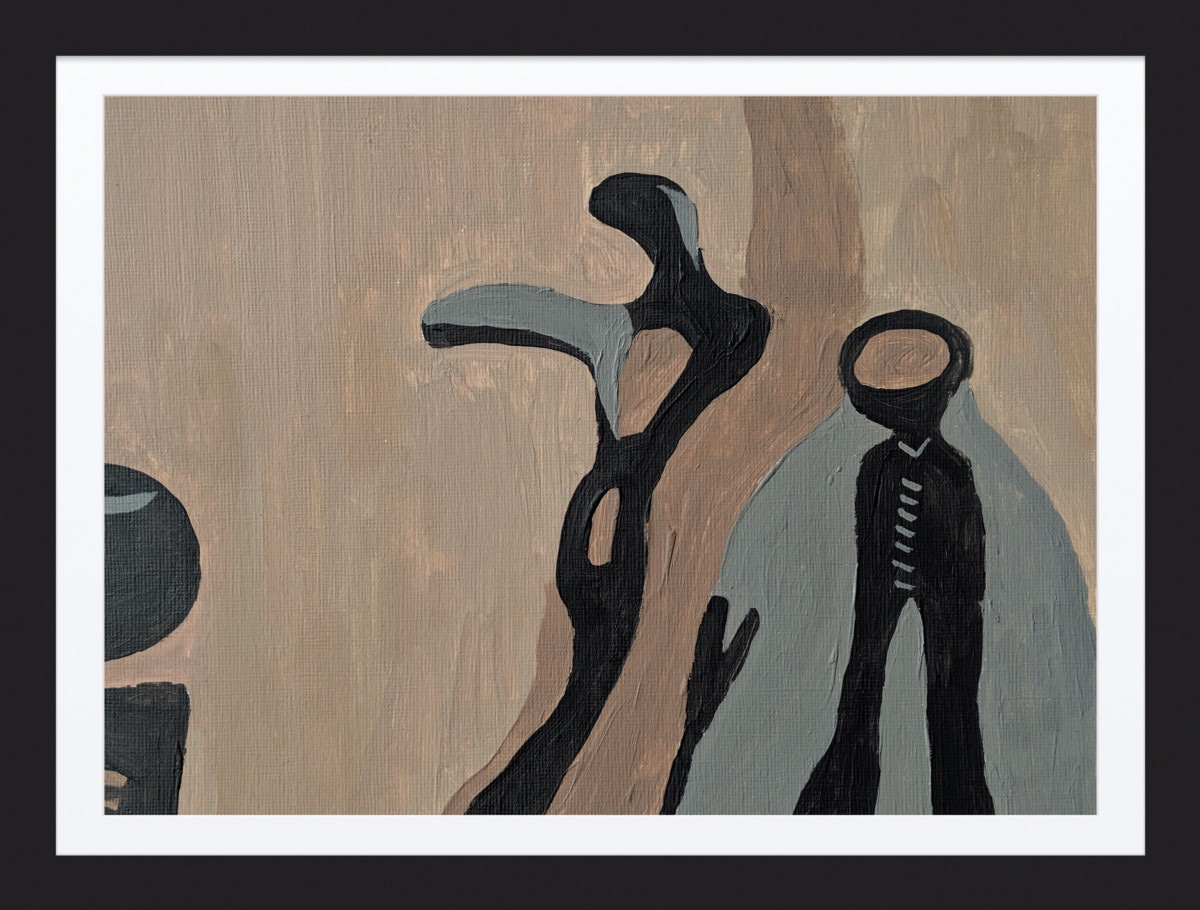 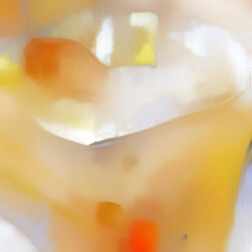 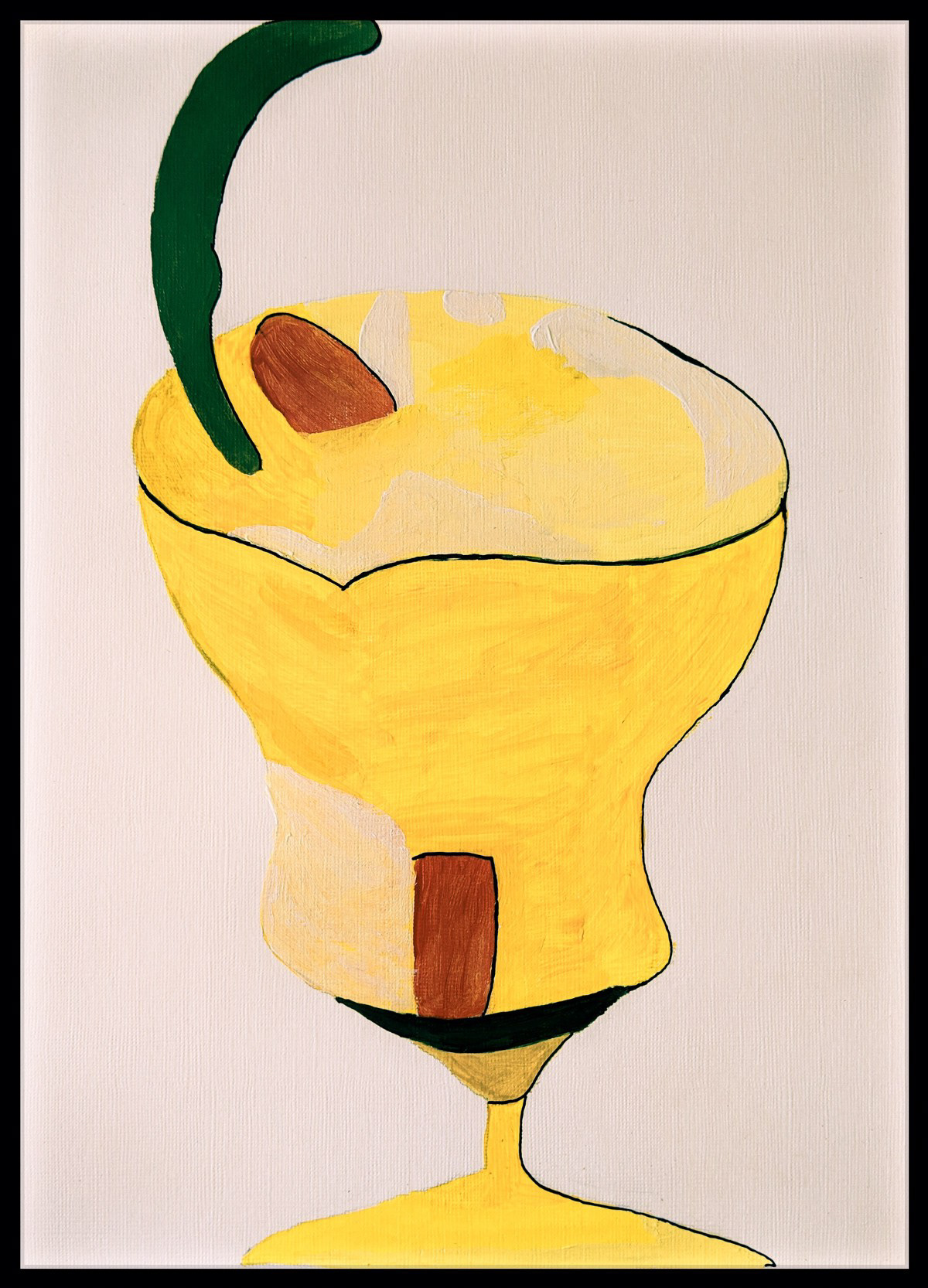 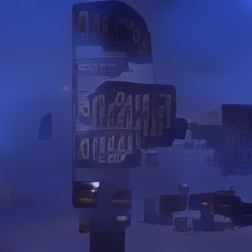 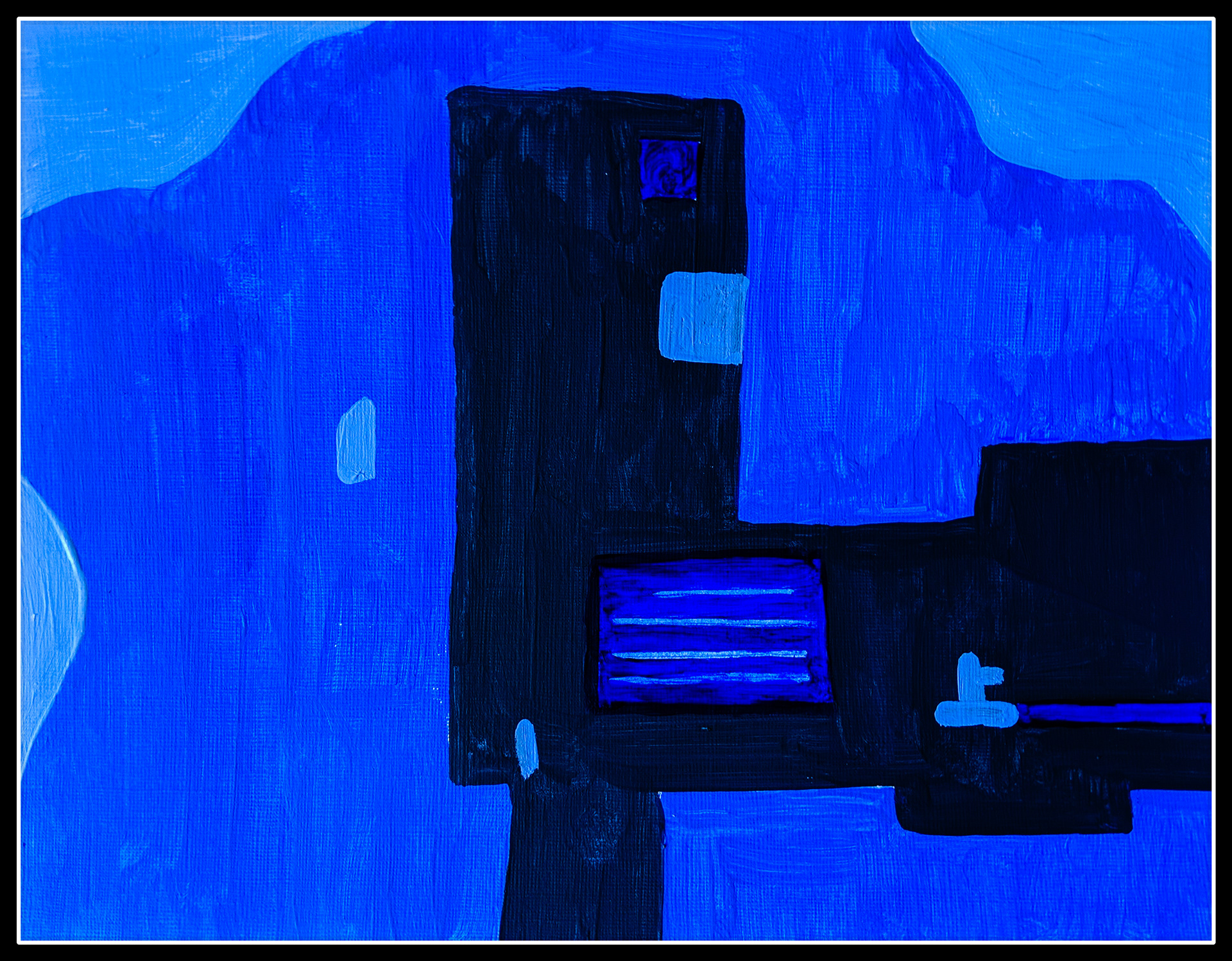 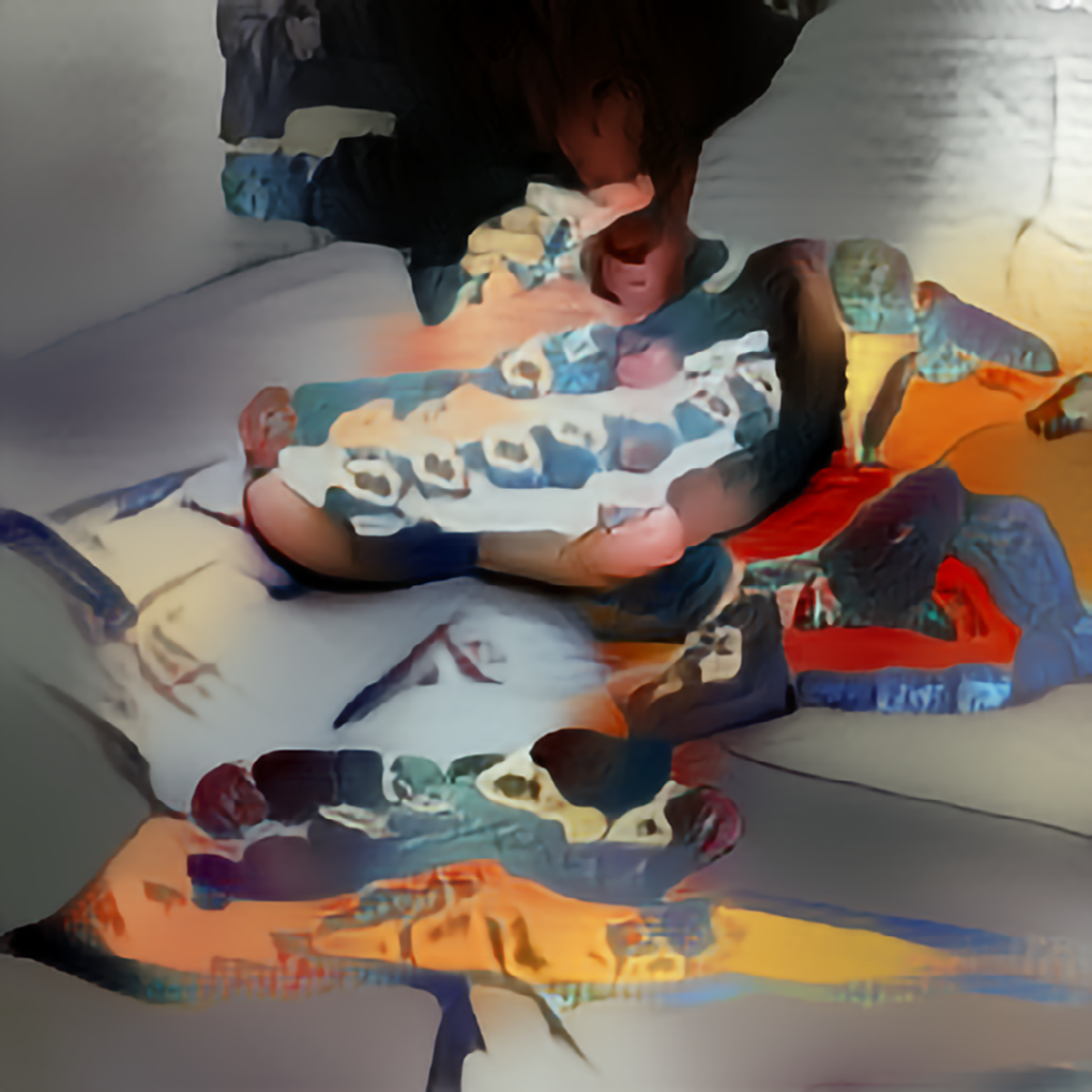 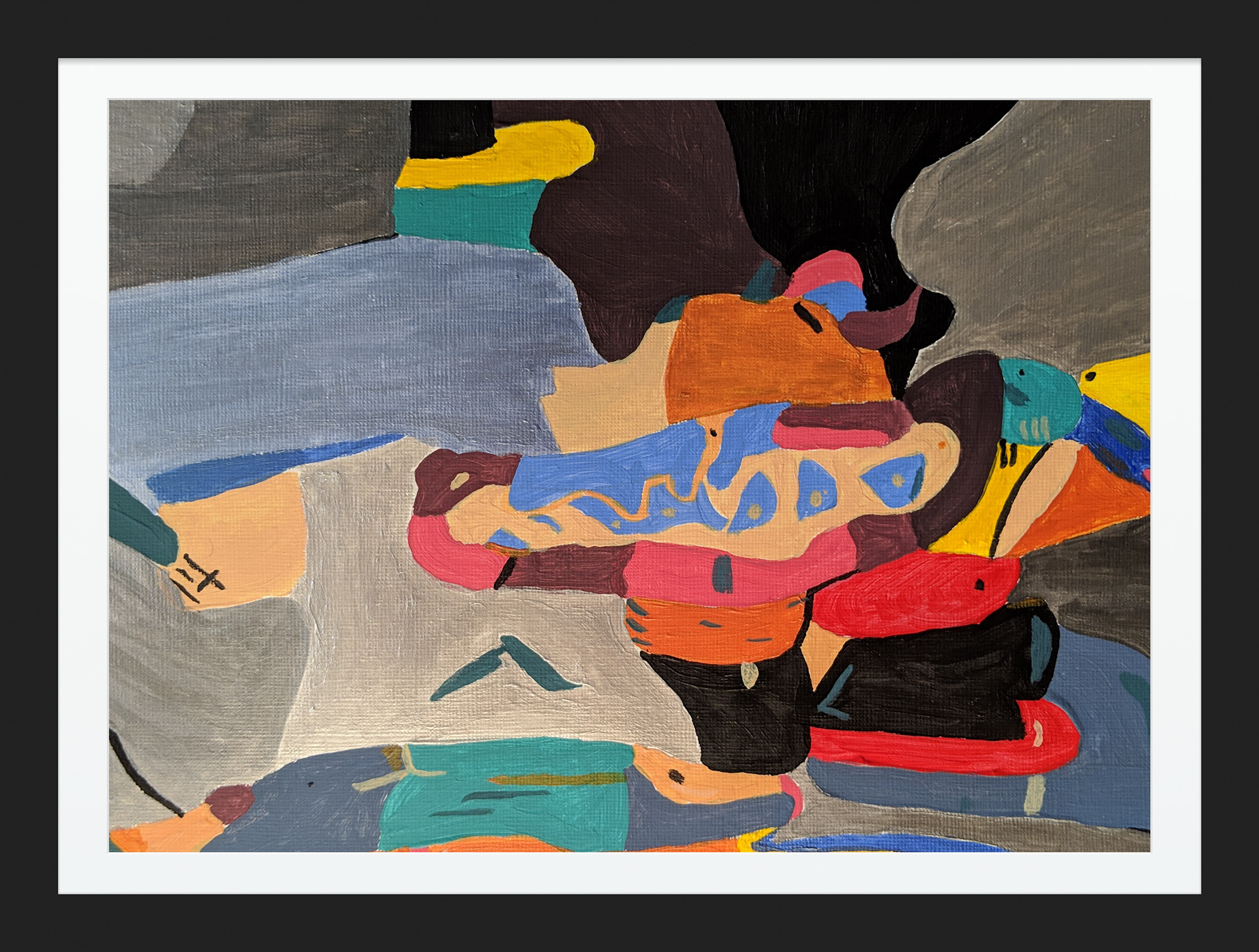 The Silent Light
↑Back to Top